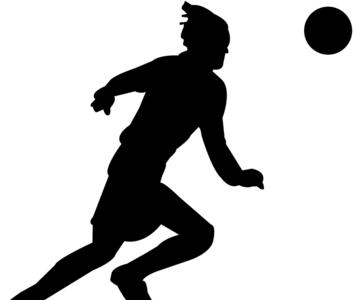 Currently possess the NSCAA’s National Diploma.  This course required over 50 hrs. of classroom/practical instruction during a one week period and 6 additional hrs. of testing.  The National Coaches Association of America is operated mainly by US College coaches like Mike Bertticelli of Notre Dame, Bruce Arena of Virginia, Tony DiCicio, formerly the US Women’s National Coach, Barry Gorman of Penn State and Princeton’s Coach Bob Bradley.

President and now coaching director of the West Jersey SC.  The age of players have been from 5 years old to adult teams where our teams have been praised for their fair-play, sportsmanship and desire to succeed.  Responsible for training new coaches in our club with training sessions and lesson plans.  This includes proper warm up and cool down, team play, coaching/team strategies, match analysis for attacking, defending and restarts.

Assisted the Phillipsburg HS boys Soccer Team and youth team to become better skilled and acquire more soccer awareness.  This was done voluntarily for four years and then was asked to coach the freshman boys for one year.

Started the Phillipsburg Middle School Bobcat Soccer Club in 1996.  Boys and girls began training sessions on developing their skills and knowledge of the game.  “FUN” was strongly stressed during our sessions.

Started the Warren Hills 7th and 8th  Grade Soccer Program with the help of A.D. David Swetnam.  Had a co-ed team to start in the 1992-93 Fall Season.

For over seven years provided training to any player in the Warren County area that desired to keep their skills up during the winter months.  The training was held at the Franklin Elem. and Phillipsburg Middle School.  The players trained for an hour and played for an hour.  Some players attended Indoor Tournaments in PA/NJ and ranged in age from 10 – 18.

Coached the Summer Fun Program at Franklin Elem. School since 1996- 2011.  Program ran from 2 – 4 weeks in the months of June and July.  Players n grades K – 6 for 1 hour using proper warm up, individual skills, group training, team training/scrimmage. Dribbling, vision, communication and fun are given to each session.

Organized and coached four different trips to Europe for our club players and ESPN International Tournament in Florida in 2012.  Holland (Holland Cup/92), Belgium (Flanders Cup/92), Italy (Italy Cup/94), Austria (Wolfsberg Cup/94), Scotland (Land O’ Burns/96) 2 teams,  and Elburg, Holland 2001 where we played friendlies and trained by the Professional KNVB Dutch Coaches.  Each trip lasted between 10 and 17 days which provided a unique soccer and cultural experience for players and parents

Spring 2002 U19 Boys Team finished 1st in Division 2 and advanced to the State Semi-Finals.

2011 – Coached the Mountain Lakes JV Girls during their Fall season.